OnePlus TV Q1 is the one that has been leaked a lot. OnePlus CEO Pete Lau posted a teaser about 55â€ QLED TV although the image had only one corner of the TV so we were left with nothing but to expect that unexpected. 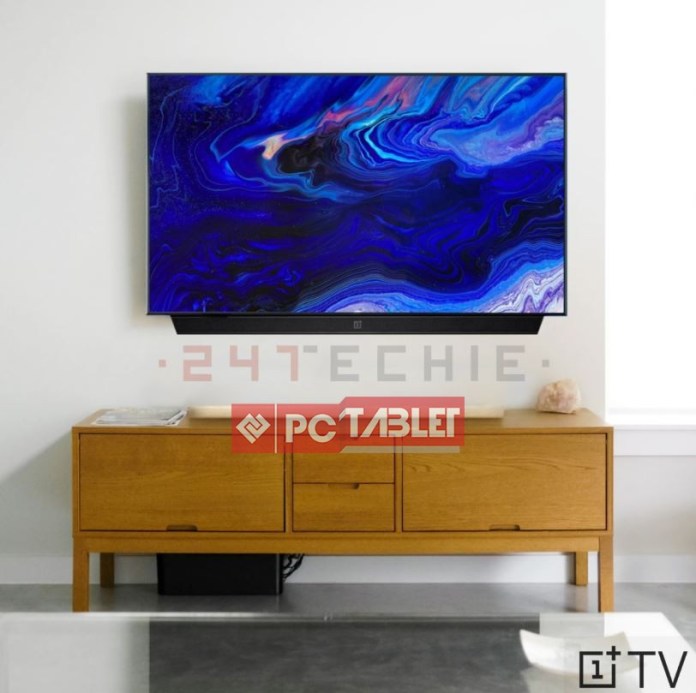 With the latest exclusive photo for OnePlus TV Q1 available at our disposal, it is surely a mind-blowing TV in terms of its sleek design. It is wall-mounted or you can use it with aluminum built curved stand as evident by a previous leak. Further, it features a 55-inch 1.07 billion colors Quantum-Dot LED display which is slightly different from OLED TVs. It features a screen resolution of 3840×2160 pixels along with 90 dimming zones and 16:9 aspect ratio and finally, it has a refresh rate of 100Hz.

It will be bundled with a Gamma Color Magic processor that offers a wide-range color gamut with a wider dynamic range to produce a top-notch HD image quality. According to the under-the-hood specifications, the OnePlus TV Q1 (and Q1 Pro) will run on MediaTek MT5670 SoC with 2.5GB RAM, 16GB ROM, and Mali G51 GPU that will collectively run as a powerhouse of performance and accuracy. 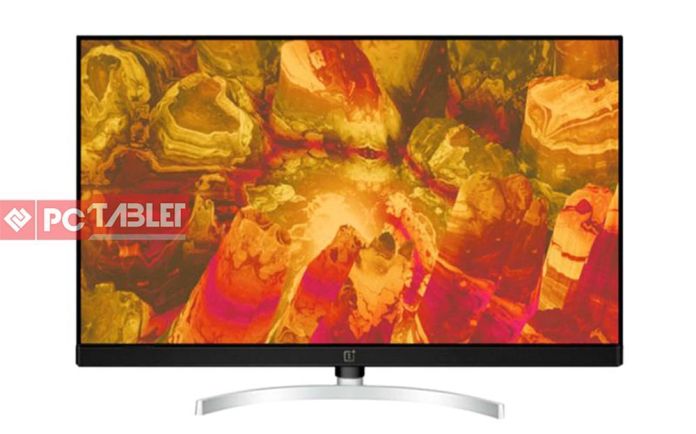 The exclusive image is evident to show that the TV will have a narrow bezel around its edges and will have an RJ45 Ethernet port, three HDMI ports, and 2 USB ports and will support dual-band Wi-Fi 802.11ac and Bluetooth 5.0.

Apart from that, OnePlus TV Q1 will also feature two speakers with an output of 20W which is minuscule when compared to its Pro variant but thatâ€™s because of an external soundbar that comes with it but thatâ€™s something you can buy for OnePlus TV Q1 as well.

About the elder sibling OnePlus TV Q1 Pro, it will be backed with a larger 65-inch QLED UHD display and will have eight speakers mounted on a separate soundbar capable of producing an output of a whopping 50W.

OnePlus has worked with Google to offer an enhanced OxygenOS TV based on Android TV that offers high-end performance and support apps like Amazon Music, Netflix, and more. It is also covered under three years of major Android updates which means everything from bugs to new UI is covered in it for a three years period which is something no other Android TV is offering today. 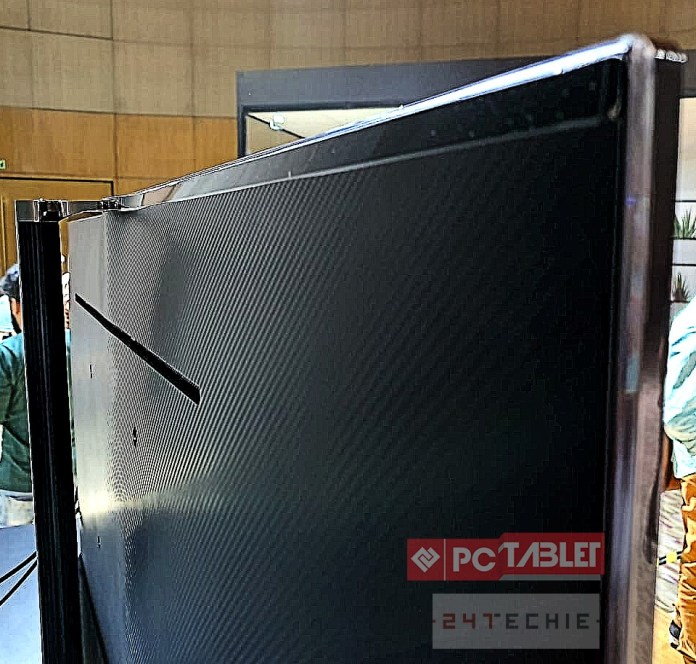 Furthermore, OnePlus teased the TV remote that it will ship with OnePlus TVs and it is futuristic thanks to its aluminum-built minimalistic design that has a few buttons including Google Assistant and offers OnePlus TV users an out-of-the-box directional navigation pad that takes you through the menu simply by scrolling over the pad.

OnePlus will be holding a launch event for both OnePlus TV Q1 and Q1 Pro at the Indira Gandhi Arena in New Delhi on September 26 starting at 7:00 p.m.