Oppo finally released a bunch of smartphones under its Find X3 series on March 11. This includes the uber-powerful Find X3 Pro, its standard variant Find X3, Find X3 Lite, and Find X3 Neo as well. Here, we have compiled the specifications and price tags for all the four models that were launched recently.

The standard Find X3 is almost similar to its Pro sibling although the former does have a few minor downgrades. The device runs on a 7nm Qualcomm Snapdragon 870 SoC paired with 8GB RAM. The device shares design language with its Pro variant with a curved 6.7-inch LTPO AMOLED display with 1440×3216 pixels resolution and with an adaptive 120Hz refresh rate that could go as low as 5Hz. You will find a tiny punch-hole cut-out on the top-left corner consisting of a 32MP selfie shooter. 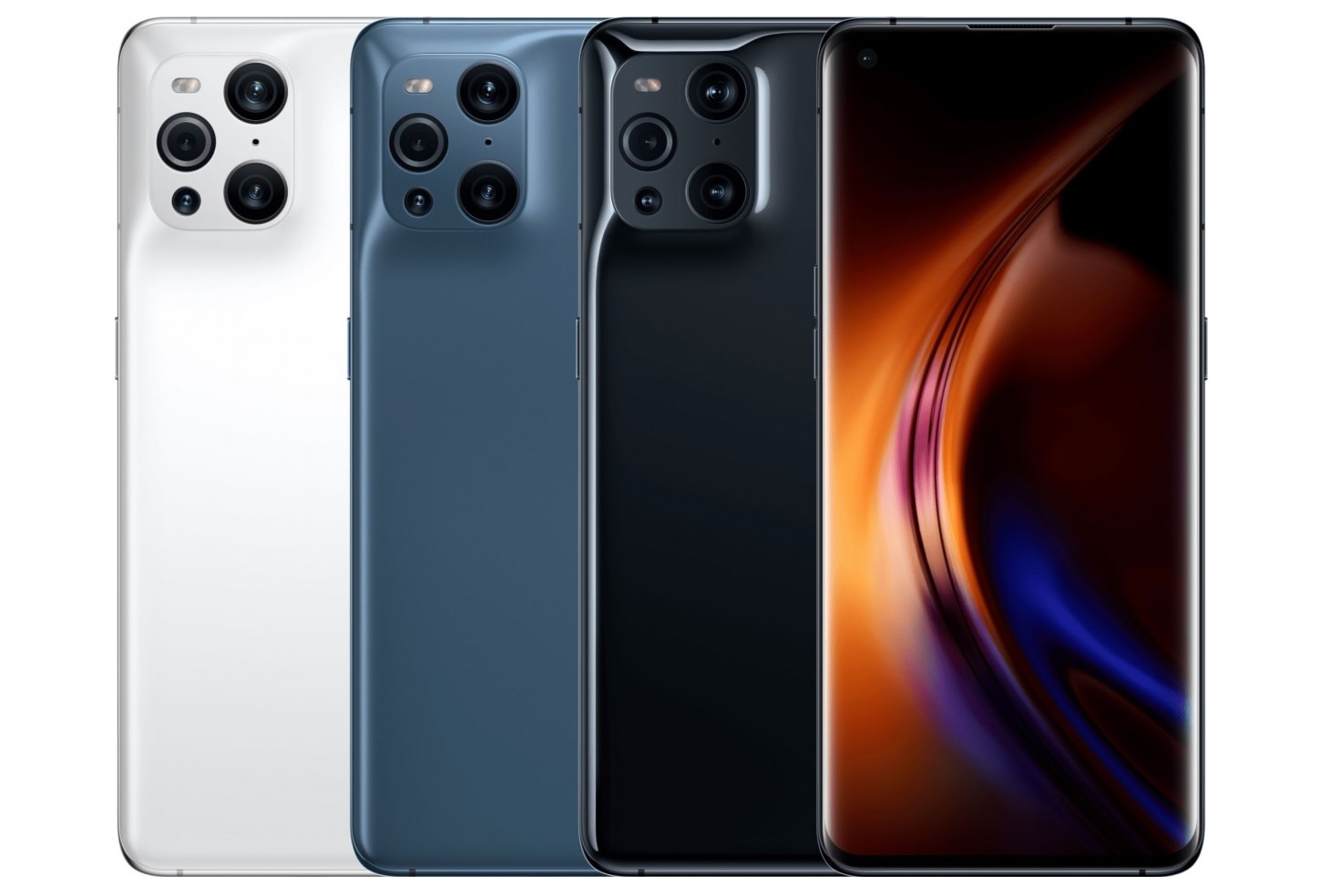 The device does have a quad-camera setup arranged in a bit of iPhone 12-like fashion with a camera bump raising just a tad bit above the back panel but hey, Oppo has given a nicely curved slope to the camera bump that looks out-of-the-box. It houses two 50MP Sony IMX766 wide and ultra-wide-angle sensors, a 13MP telephoto sensor with a 5x hybrid and 2x optical zoom, and a 3MP macro sensor capable of 60x magnification.

Oppo Find X3 sports a 4,500 mAh battery under the hood along with 65W wired and 30W wireless charging tech on-board. The device also has Android 11-powered ColorOS 11.2 that was launched with the device while both Neo and Lite are stuck with ColorOS 11.1.

Talking about the price tags, the device arrives at CNY 4,499 for its 8+128GB configuration while the higher 8+256GB variant goes for CNY 4,999 and it is available in White, Blue, and Black color variants. Pre-orders have already commenced at JD.com and the shipment will commence on March 19.

The Pro variant of the standard Find X3 brings the best of specifications on the table. With the Snapdragon 888 SoC under the hood, it is unbeatable and has impressive features that you won’t find on other Find X3 series smartphones.

The device comes with a 6.7-inch LTPO AMOLED QHD+ panel with an adaptive 120Hz refresh rate that dips down to as low as 5Hz. The device offers extra smoothness with its 240Hz touch sampling rate as well. It has a curved display with a tiny punch-hole cutout on the top-left corner and comes with impressively slim bezels allowing users to have an edge-to-edge display. 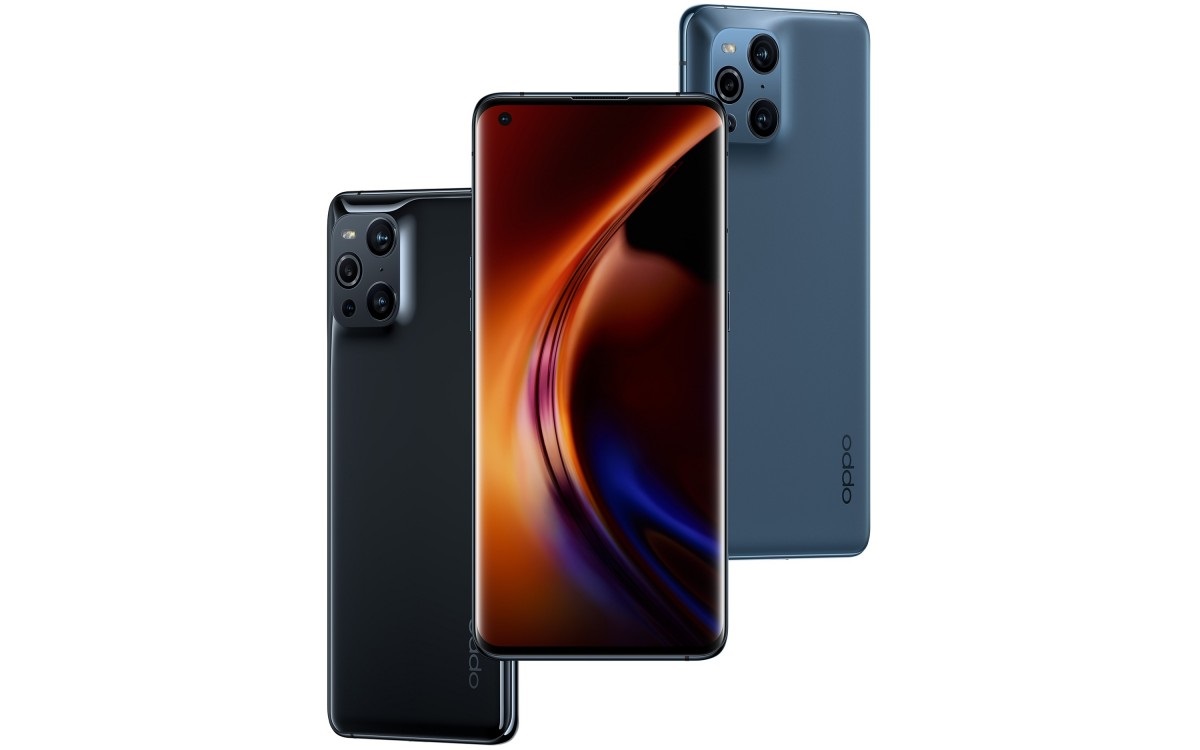 Flip the phone and you will find an impressive quad-camera setup arranged in an iPhone 12 Pro-ish setup housing two state-of-the-art Sony IMX766 sensors where the first is a wide-angle primary sensor with f/1.8 aperture and the second one is an ultra-wide sensor with f/2.2 aperture. The primary sensor here is equipped with All Pixel Omni-directional PDAF along with EIS and OIS There’s a 13MP telephoto snapper as well with an aperture of f/2.4, 5x hybrid zoom, and 2x optical zoom. Finally, there’s a 3MP macro sensor that completes the quad-camera setup. You get a 32MP selfie shooter at the front.

The device has a 5G support which comes naturally since it houses a Snapdragon 888 SoC paired with a Snapdragon X60 modem. It has both SA and NSA support covering up to 13 bands which is, according to the smartphone manufacturer, more than any other brand could offer.

The device does come with Android 11-based ColorOS 11.2, has Wi-Fi 6E support along with Bluetooth 5.2 and USB 3.1. It has a Dolby Atmos-backed Stereo Speakers setup.

Finally, talking about its price tag, the device comes with a single configuration i.e. 12GB LPPDR5 RAM with 256GB UFS 3.1 storage at €1,149 and will ship from March 30. You can choose from Gloss Black or Blue Matte color variants for the device.

Oppo Find X3 Neo is also a flagship smartphone with Snapdragon 865 chipset under the hood along with 12GB RAM and 256GB storage configuration. The device embraces a curved 6.5-inch FHD+ AMOLED display with a tiny punch-hole cut-out to the top-left corner. It has a 90Hz refresh rate as well. Oppo calls the textured design that Find X3 Neo arrives with as Glow Design that keeps smudges and fingerprints away effectively. 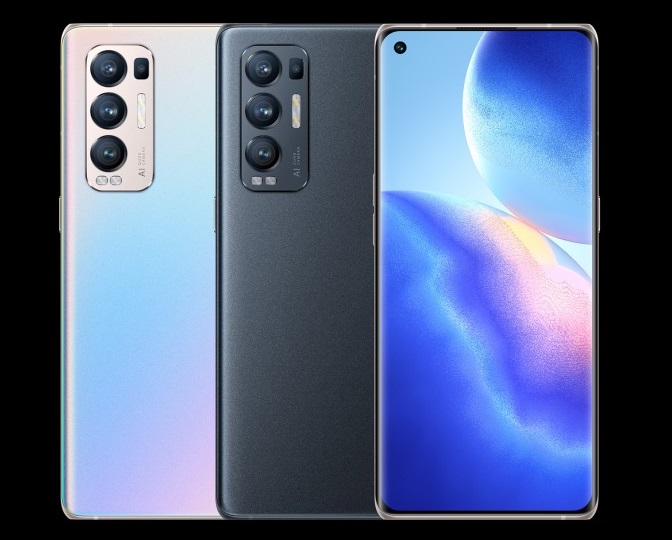 Talking about the camera setup, Find X3 Neo has a Reno5-inspired quad-camera setup with three lenses vertically stacked while a fourth sensor is adjoining it in a rectangular-shaped camera bump. It houses the same 50MP Sony IMX766 sensor as the Pro variant along with a 16MP ultrawide, a 13MP telephoto, and a 2MP macro shooter on-board.

You get a beefy 4,500 mAh battery under the hood supplied with an uber-fast 65W SuperVOOC 2.0 fast charging tech as well. It runs on Android 11-powered ColorOS 11.1 instead of 11.2 that made its debut with Find X3 and Find X3 Pro.

Talking about the price tag, the device with its single 12+256GB storage is available at $975 in Galactic Silver and Starlight Black color variants. The sale begins on April 14.

It goes without saying, Find X3 Lite is the lightweight version of the Find X3 series and comes with a mid-range Snapdragon 765G chipset under the hood. It is paired with 8GB RAM and 128GB storage. The display is 6.4-inch in size diagonally with FHD+ resolution and a 90Hz refresh rate. There’s a fingerprint scanner mounted under the display as well. 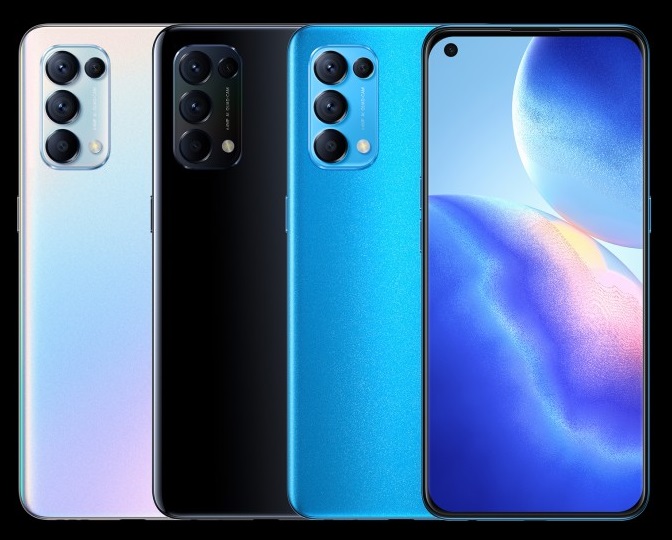 Further, the design is more inspired by Oppo’s Reno5 series with a quad-camera setup with three huge lenses around in a vertical stack while the fourth lens sits adjoining to the top-most lens. It houses a 64MP primary sensor paired with 8MP ultrawide and two 2MP shooters for depth and macro shots.

The device comes with a huge 4,300 mAh battery under the hood with a 65W SuperVOOC 2.0 fast charging tech on-board. The device does arrive with three color variants to choose from i.e. Starry Black, Galactic Silver, and Astral Blue, and has a retail price tag of $560.