The Samsung Galaxy A22 4G is now released at INR 18,499/- with a few offers and discounts in place. Choose between Mint and Black color variants. Note that there’s just one trim available with Galaxy A22 5G i.e. 6GB+128GB. You can extend the storage to up to 1TB.

Talking about the specifications, the Samsung Galaxy A22 4G is equipped with a 6.4-inch Super AMOLED display with a 720×1600 pixels resolution and a brightness of 600 its in HBM. The display has a U-shaped notch with thick bezels and a chin on the sides. 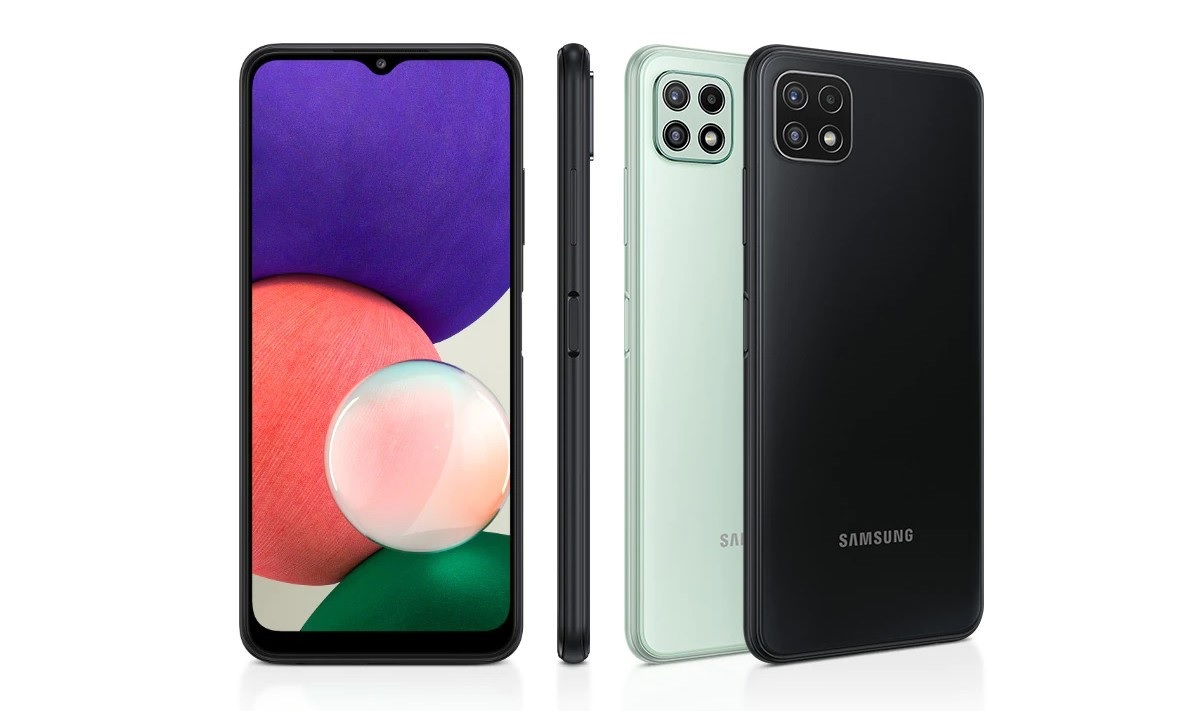 You get a quad-camera setup at the back arranged in a 2×2 squaricle module. This houses a 48MP primary snapper with f/1.8 aperture and OIS; a secondary 8MP ultrawide snapper and two 2MP sensors dedicated for macro and depth respectively. There’s a 13MP front selfie shooter housed in the U-shaped notch although there’s no autofocus available with the device.

Weighing at 186 grams, the device is available in a 159.3 x 73.6 x 8.4mm and packs in a beefy 5,000 mAH battery supplied with a standard charging speed. Finally, there’s a side-mounted fingerprint scanner, a 3.5mm headphone jack, and a few other split arrangements. There’s dual-SIM card support on A22 as well.