Samsung is in full swing with frequent launches such as the latest Samsung Galaxy A90 5G. Apparently, the South Korean giant is also working on its high-end Galaxy A91 that was teased earlier as well and comes pre-loaded with some of the best specs available today.

Samsung Galaxy A91 is likely to have all the specs from Galaxy A90 5G which means it will run on Snapdragon 855 SoC along with 8GB of RAM and a fair 128GB of storage although different variants will be available as well.

According to the specs sheet on SamMobile, Galaxy A91 bearing model number SM-A915G will have a 6.7-inch FHD+ Infinity-U display along with a 32MP front sensor with a faster f/2.2 aperture. Turn over and you’ll see that the device sports a triple camera setup with a primary 48MP sensor with OIS along with 12MP ultra-wide sensor which is a bump from 8MP used in Galaxy A90 5G. Along with it, there’s a 5MP depth sensor as well that should make the upcoming device a lucrative choice for its users. Interestingly, a rumored Samsung Galaxy S10 Lite is likely to be based on Galaxy A91 as well although the confirmation is still unavailable. 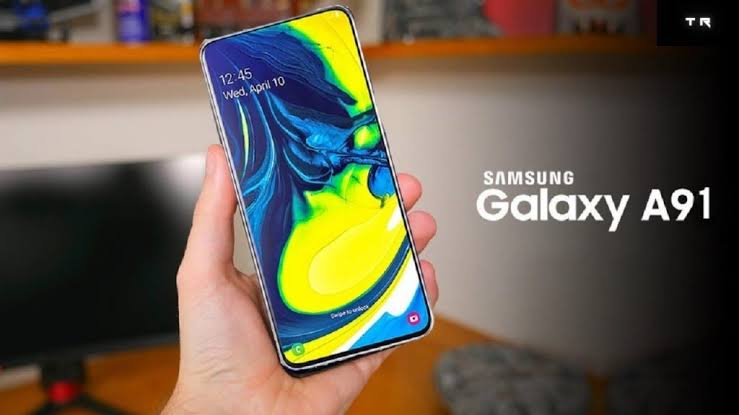 According to SamMobile, the device will have a massive 4,500 mAH battery paired along with 45W fast charging that must charge the battery to it’s extended it for less than an hour. We don’t know much about the device at this point so we will have to wait for an official confirmation.

One more thing, Samsung A91 is likely to host Android 10 out-of-the-box that’ll make it the first device from Samsung to get it right out. However, the chances are slim because Samsung usually releases its new major Android upgrades with Galaxy S-series and the S11 is due to arrive in February. This means that even if Galaxy A91 arrives, it is likely to be in February or March next year although the South Korean giant may have something else in mind. Similarly, Galaxy S10 Lite and Note10 Lite are likely to get Android 10 as well and with just a few months left for the S11 launch, the timeline is pretty packed so we could be hearing about these devices soon.