Samsung Galaxy S20 Fan Edition is official and comes with decent pricing, most probably one of the most affordable flagship smartphone from Samsung. Now if we include this one, there are now four phones under the Galaxy S20 Series (if we don’t count 4G & 5G versions separately), i.e., the S20, S20+, S20 Ultra & the S20 FE. The Galaxy S20 FE also comes in 4G as well as 5G variants.

In the US, only the 5G version of the phone is going to be available for a starting price of $699. For comparison, the Galaxy S20 5G is currently priced at $999 within the US. it’s worth mentioning that the $699 variant supports sub-6 band 5G, but there’s also a $749 variant with mmWave 5G support that’s also Verizon Exclusive. 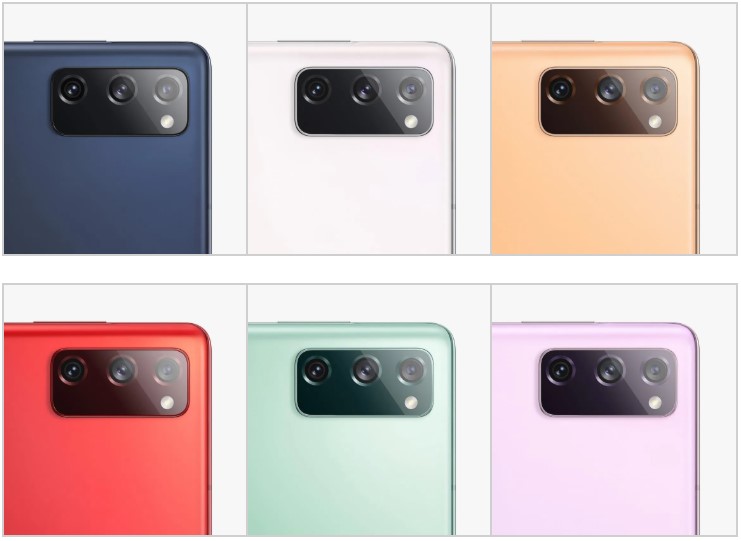 To keep the worth low, there are some downgrades in terms of planning. First, there’s not a premium glass back that we’ve on the Galaxy S20. Instead, the Samsung Galaxy S20 FE features a plastic back. The phone does have IP68 certification also as Wireless Charging support, so that’s great. there’s no 3.5mm headphone jack.

On the front, there’s an Infinity-O display featuring a small single hole-punch cutout within the middle. The display is flat & not curved on the edges. It is a 6.5-inch Super AMOLED panel featuring a 120Hz refresh rate & a Full-HD+ resolution.

Regarding the SoC, it depends upon the location and the variant of the smartphones. The Samsung Galaxy S20 FE 5G has Qualcomm Snapdragon 865 whereas the 4G version has Exynos 990 (with LTE Modem). As the images above show, there are six different colors to settle on from & they’re named Cloud Navy, Cloud White, Cloud Orange, Cloud Red, Cloud Mint & Cloud Lavender.

Finally, the Galaxy S20 FE features a 4,500mAh battery, 25W Fast Wired Charging & Wireless + Reverse Wireless Charging. The smartphone is equipped with stereo speakers that are tuned by AKG & the fingerprint scanner is placed under the display.