California-based electric vehicle startup Canoo has unveiled its fully-electric pickup truck during the Moto Press Guild’s Virtual Media Day in partnership with Automobility LA. The vehicle was leaked on Reddit a while back and then subsequently confirmed to Reuters before the official launch. Not only it looks cool, but just like all other Canoo vehicle concepts, the truck itself is packed with some amazing features. Canoo has made it clear during the event that the production version of the pickup truck will be available for pre-orders later this year and the manufacturer claims that the shipping will begin as early as 2023. But it is worth noting that the company did not release the pricing details.

By the time this vehicle ships, Tesla Cybertruck, Ford F-150, and EV pickup from Rivian should be on the road. Despite being a competition to Cybertruck, the Canoo electric truck adopts an entirely different design from the Tesla’s counterpart. Obviously, the facade of the truck looks somewhat similar to the VW Kombi pickup from the 70s but with a much modular look and feel. On the front, there is small storage which looks awesome. But, the awesomeness doesn’t end there as the door to that same storage cubby folds out into a worktable! Seriously, how cool is that? 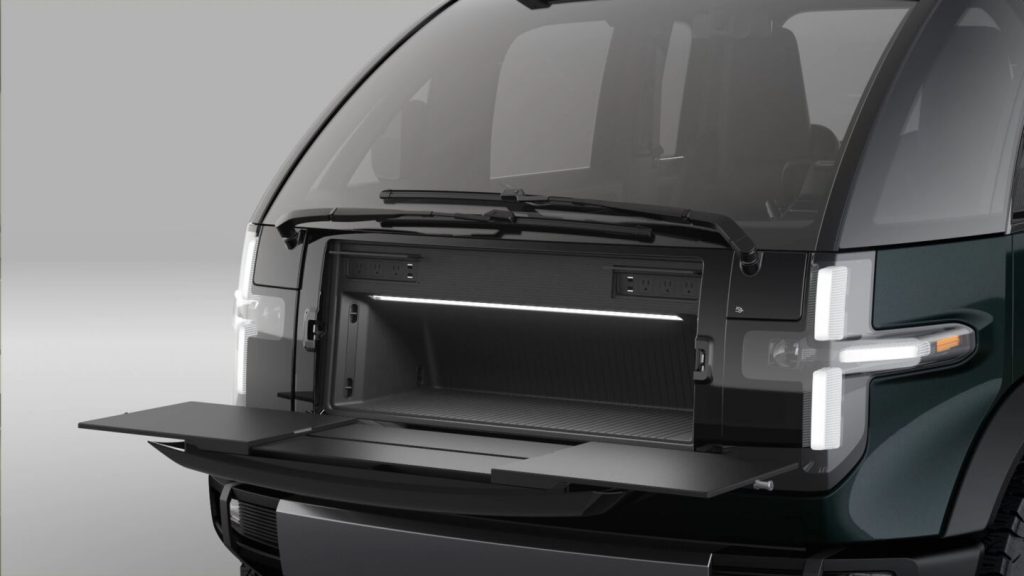 The cubby also boasts six 110-volt outlets and a few USB ports. This makes it a much convenient place to juice up your devices when the vehicle is parked. The company also claims that the truck is just as strong as the toughest truck out there and as mentioned earlier, the truck also comes with several innovative features that make it suitable for daily use. Just like on the Rivian R1T, the pull-out on the side takes an attendance here which can be used as a step or a storage box. But do note that it looks a bit smaller when compared to one’s found on the Rivian, but who’d complain about it? 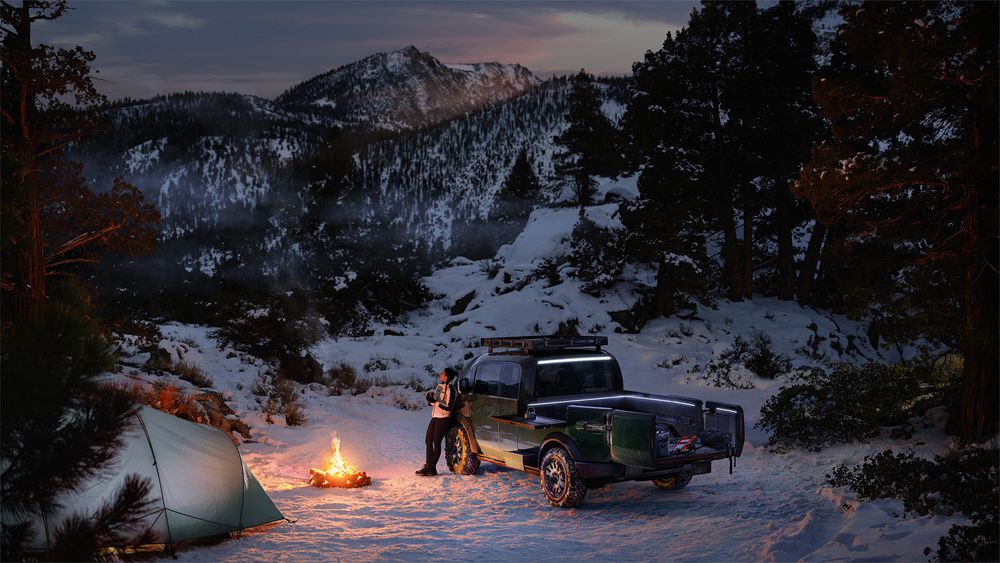 As for the Canoo’s modular bed, there are places where you can affix dividers to keep your cargo separate. The bed further features overhead lighting and perimeter lighting inside the bed. Going by all this, we can understand that the company has spent some quality time checking out overland vehicles and online ones too. I mean, there will also be an available roof basket with a built-in LED light bar and rooftop tent. Now, let’s talk about the important stuff. This EV truck is claimed to feature a long range of 200 miles (roughly 320 kilometers) and the motor here will have up to 600 HP and 550 lb-ft of torque. The vehicle will also have a payload capacity of 1800 hundred pounds.

The height of the Canoo electric pickup truck is measured at 76 inches making it slightly taller than Tesla Cybertruck and a bit shorter than GMC’s Hummer EV which stands at 81.1-inch. As far as the length is concerned, the truck measures 184 inches making it shorter than the competition. As mentioned earlier, there is a pull-out bed extension, bringing the total length to 213 inches. When the extender is out the bed is eight feet long and is big enough for a 4×8 sheet of plywood. As mentioned earlier, Canoo is yet to reveal the full specifications and pricing of this EV truck. For more updates on the Canoo EV, stay tuned with us! 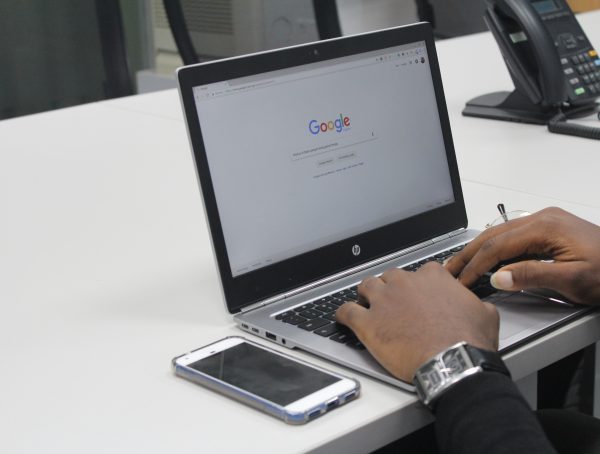 How Safe is Your Internet Connection in 2020? Precautions You Should Take!

In the 21 st century, where everything is related to the internet, you cannot imagine having a life without the internet. … 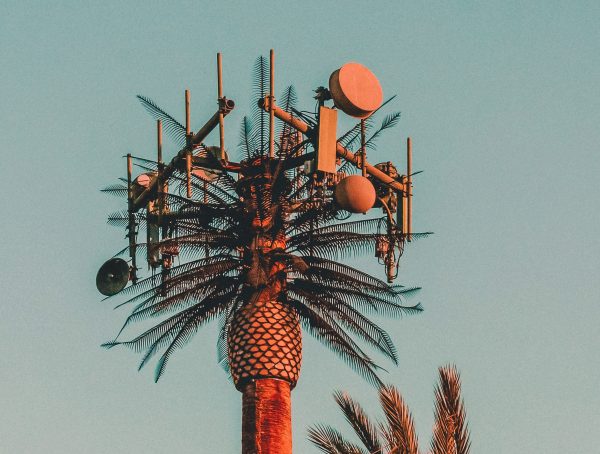 What is 5G Technology: Everything You Need to Know About It

5G technology has gripped the world without any doubt. Living in a fast-paced technology-centered society, we are gifted with yet …