DJI makes arguably the best drones in the market and has become a go-to for a lot of creators. The company has different drone series including Mavic Air, Mavic Pro, and Mavic Mini to choose from. Now, the company has updated its popular Mavic Air 2 with a 1-inch sensor and a new name — DJI Air 2S. This all-new drone packs an impressive image sensor, range, and object tracking/sensing technology making it one of the easiest to recommend for anyone who’s looking to upgrade their existing drone or planning to get a new one.

The Air 2S is capable of capturing 20 MP photos and can record videos at 5.4K resolution. But, it’s worth noting that the frame rates are capped at 30 FPS while you are recording at 5.4K resolution. For you want 60 FPS smoothness, you can record in 4K. As for the dimensions, there are not a lot of differences from the Mavic Air 2. The drone measures 180 x 97 x 80mm folded down, but it is the most compact drone to feature a camera with a 1-inch sensor. Talking about that camera, it is housed on a 3-axis gimbal and stabilized by RockSteady EIS and it has a 22mm fixed aperture lens with F/2.8 aperture and an 88-degree field of view. As one would expect, the drone is capable of shooting still shots, timed photos, AEB in 3 and 5 brackets, and panoramas.

This feature is mostly for beginners. Using this feature, the user can get usable footage with pre-programmed moves. But, do note that the resolution drops to Full-HD from 5.4Kor 4K resolution. The several modes in QuickShots include Dronie, Rocket, Circle, Helix, and Boomerang. If a user selects Dronie mode, the drone will fly backward and ascends with the camera locked on the subject. As for Rocket mode, the drone ascends with the camera pointing downwards. As the name itself suggests, using the circle mode results in the drone circling around the subject. Helix mode will result in the drone ascend and spiral around the subject.

DJI claims that the APAS 4.0 is the most advanced autopilot system on the company portfolio of drones. It maneuvers around objects autonomously with O3 and OcuSync delivering a stable feed at a maximum distance of 12km. As for the AirSense system, it wars drone pilots of nearby airplanes and helicopters transmitting ADS-B signals so that the drone can be quickly moved. OAs with other drones a safety feature including an improved Return-To-Home (RTH) feature, which brings a drone back to its launch point if it loses contact with the controller or reaches a critically low battery level. 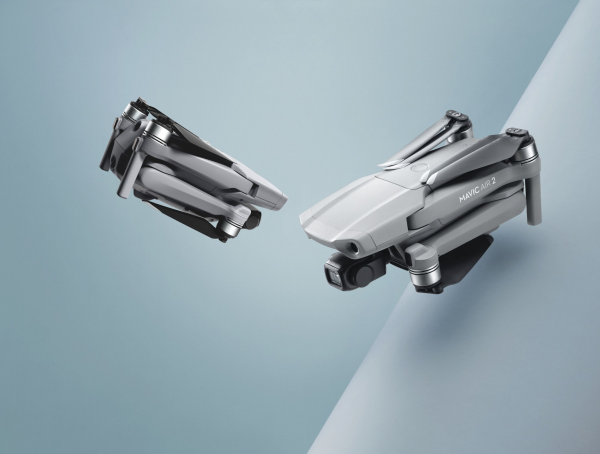