Wow, Amazon India has now become the pioneer of leaking products mistakenly, it does sound ironic but yes, it’s pretty much true! Previously, Amazon.in leaked and confirmed the Nexus 5X details that were then made official by the Google’s Event. But now, Amazon India again leaks another hyped product, The. OnePlus Mini. Not all the details were leaked out but we do get a generic idea of what to expect from the OnePlus Mini. If the page is anymore active, find the details here from Amazon.in

Recent leaks have suggested that the OnePlus Mini will come equipped with the lasted ClearTouch technology by Synaptics. This technology is similar to the 3D Touch (basically force touch) on the iPhone 6S and 6S Plus. Another interesting feature that got confirmed by this Amazon Leak is the Side-Touch functionality similar to Mi4C which enables to quick-start apps or perform quick actions from the side of your phone. 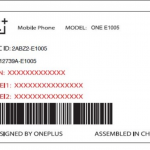 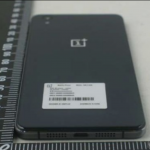 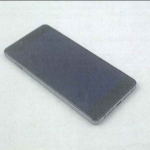 What we knew previously also includes the presence of a MediaTek chipset, NFC, 1080P display and a 13MP main shooter. Read more about the spec leaks here. To continue, here’s the final leak of that Amazon.in has to offer to us about the new and upcoming OnePlus Mini. It definitely confirms the name of the device along with certain specs that we would really like to dig deep into, such as the Side-Touch.

Amazon.in Confirms that the OnePlus Mini will be called the OnePlus Mini. It also let’s us know that the upcoming OnePlus device with have the OxygenOS 3.0 based on Android 6.0 Marshmallow. The rest is visible to you.

Stay tuned for more details on the device! We will get you unbiased impressions and reviews too! Do feel free to contact our writers or me on our fan mail addresses if you like our articles and content!

OnePlus is all jacked up to launch its next in line top-notched flagship i.e. OnePlus 10 series in early 2022 …

Renders for the OnePlus 10 series were recently leaked out by tipster OnLeaks. Cut to now, we have renders for …