It is hard to avoid leaks in the smartphone industry, especially when a device is as anticipated as the OnePlus 6. If the leak turns out to be true, this could be the final design of the upcoming OnePlus flagship for 2018. The leaked image only gives a partial look at the phone’s back but still manages to reveal quite a lot of detail that was untold so far.

The leak comes from Evan Blass (@evleaks) who has a proven track record of consistently providing accurate inside information about the unannounced smartphones. Trusting him yet again, the device in the image could indeed be the OnePlus 6, which should be announced in June, if the company follows its usual launch schedule. But some of the recent reports say that the launch could happen sooner. 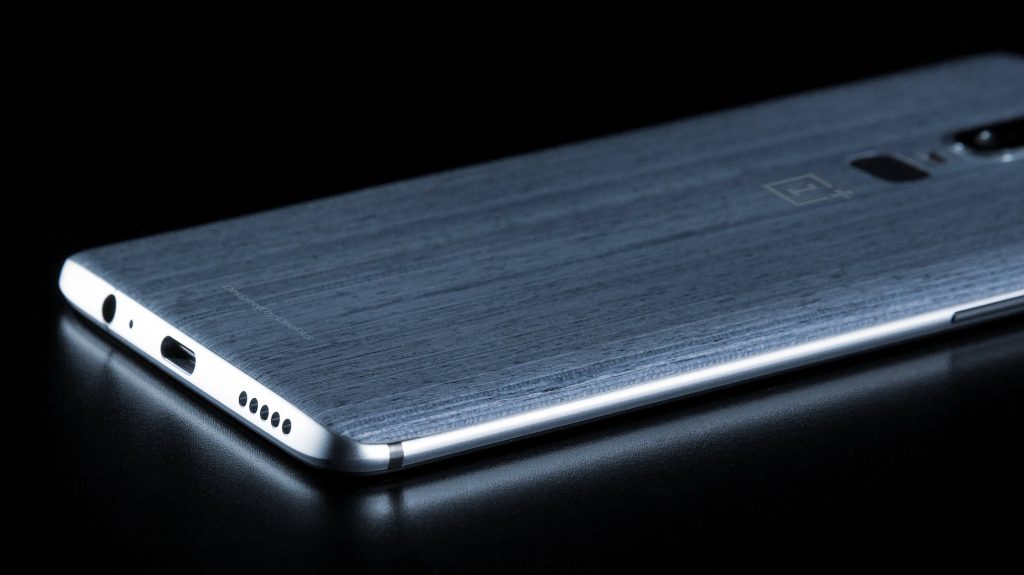 Coming to the photo, the alleged OnePlus 6 can be seen wearing a skin on its back, leading us to believe that the handset could come with a glass back like it was seen in previously leaked photos. The inclusion of a new wood-like back panel material is also a possibility with OnePlus making back cases with similar finish available for its previous flagships. On a closer look towards the top of the phone, a capsule-shaped fingerprint scanner can be seen placed below the vertically placed two cameras and an LED flash.

This is setup is exactly like what we had seen in the OnePlus 6’s photos that had leaked in February. One of the photos leaked back then also showed the device from its front giving a look at its notched display. Blass’ photo shows a 3.5mm headphone jack on the phone’s bottom along with the USB Type-C port, and perforations for the main speaker.

Based on the previous leaks, the flagship phone will come powered by a Qualcomm Snapdragon 845 processor paired with either 6GB or 8GB of RAM, which will come with 128GB and 256GB of internal memory, respectively. The OnePlus 6 will reportedly sport a 6.2-inch FHD+ display in a new 19:9 aspect ratio to possibly cover that display notch up. The 256GB variant had leaked to be priced at $749.