OnePlus is all set to introduce its flagship smartphone OnePlus 7 Pro on May 14 in Bengaluru, London, and New York simultaneously. Speaking about the specs and pricing, OnePlus has been keeping it mum and no matter what, there are just a few bits of information that has been officially stated as of now as we move close to the launch event. One of the most interesting specs that we just found out it that OnePlus 7 Pro will support UFS 3.0 which is quicker than the predecessor.

Universal Flash Storage or UFS is a standard that was introduced by the JEDEC Solid State Technology Association. The UFS 3.0 offers high-performance with quality and reliability as it is built-up on UFS 2.1 by taking its features and adding some more to get a stunning data transfer speed of up to 2.9GB/s.

Samsung rolled out UFS 3.0 with its Galaxy Fold smartphone last year at the SDC 2019. The South Korean giant discussed some of the traits including double the bandwidth that UFS 3.0 will offer when compared to the last-gen UFS 2.1 taking the bandwidth from 1200MB/s all the way to a staggering 2.9GB/s. Furthermore, UFS 3.0 consumes less power i.e. from 3.3V to 2.8V which makes it quite pocket-friendly in terms of power consumption as well giving it a win-win title. 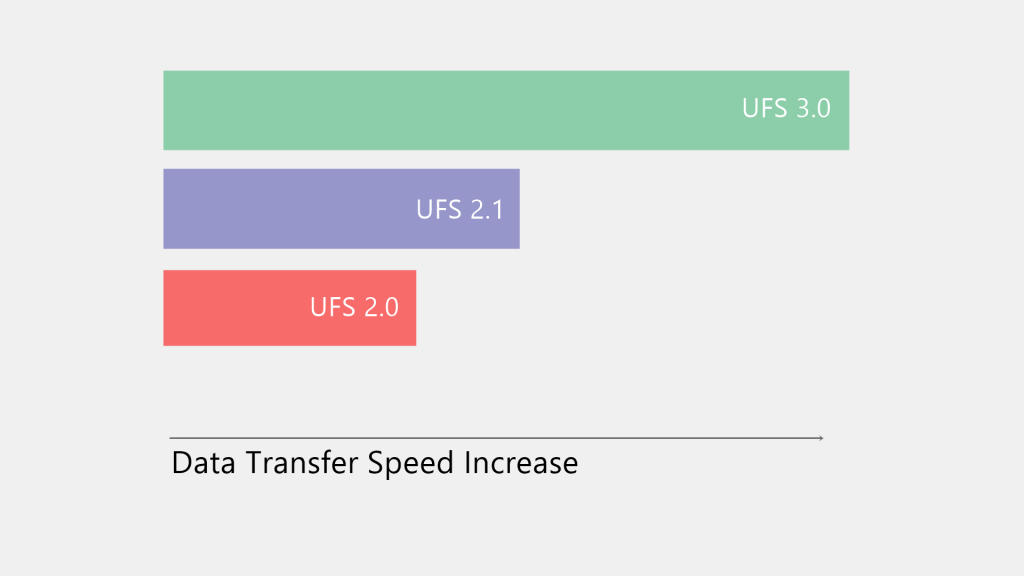 OnePlus has been advertising the upcoming OnePlus 7 Pro highlighting various aspects of its butter-smooth interaction capability such as the QHD+ AMOLED display has HDR10+ wth 90Hz buffer that makes all transitions seamless. Once it is rolled out, OnePlus 7 Pro will offer UFS 3.0 that will surely increase its throughput to transfer high-quality videos and other data files faster than its predecessor saving an ample amount of time in the process.

OnePlus 7 Pro will feature the latest 7nm Qualcomm Snapdragon 855 octa-core chipset coupled with three RAM and two internal storage variants. The device will be available in ‘Nebula Blue’ and ‘Mirror Grey’ colors. It will be backed by a whopping 4,000 mAh battery and will support 30W fast charging which is almost 25pc boost from the last-gen 22W fast charging that shipped with OnePlus 6 and OnePlus 6T.

As of now, Amazon India has already started taking pre-orders although you will have to hurry up as the window is limited and closes soon. OnePlus will launch an improved OnePlus 7 (based on OP6T), OnePlus 7 Pro and a 5G variant on May 14. Watch out this space for more updates.